Welcome to the Llanyrafon Primary

Our RockBandClub was born just over 5 years ago when the current Y6s wrote and starred in the excellent 'Playing On The Grass' when they were just tiny Y1's. (videos at the bottom of this page).

Since then each Year 4 class has had the opportunity to join the ROCKBAND/SONGWRITING extra curricular club. And with the help Mr Brain and his sons, Ben and Harry (both ex pupils), we have had great fun writing, performing, filming and making noise.

And now with the additional help from Miss Bloor, who is a trained dancer, the team is complete.

You can see and hear all our covers and original on this page.

And LOOK BELOW for all our track including the latest 'I wanna fly high'.....

This is the 2020 Llanyrafon Primary RockBandClub (RBC) music video for our new Original Track 'Breaking The Rules'. Written by our Year4 RBC kids... Unfortunately we didn't get to make the video we had planned with all the skateboarding, food fights and general rule breaking, but the kids stepped up and we put this together. No pandemic can stop the Llany Primary RockBandClub!!!

This video blew us away!! And even though Hannah stars in the main video, this is far to good not to share.... Hannah is a rock star in the making!! Awesome!!

Although Layla stars in the main music video along side her RBC friends, we thought that because she had put so much effort into her LockDown film, it should...

Hey Rock Band Club, here's the track for you to make your awesome videos. dress up, have fun, remember to rock!!
Please upload to your videos to your Google Class room or email to me mrbrain@llanyrafonprimary.co.uk

A little bit of Dance Monkey 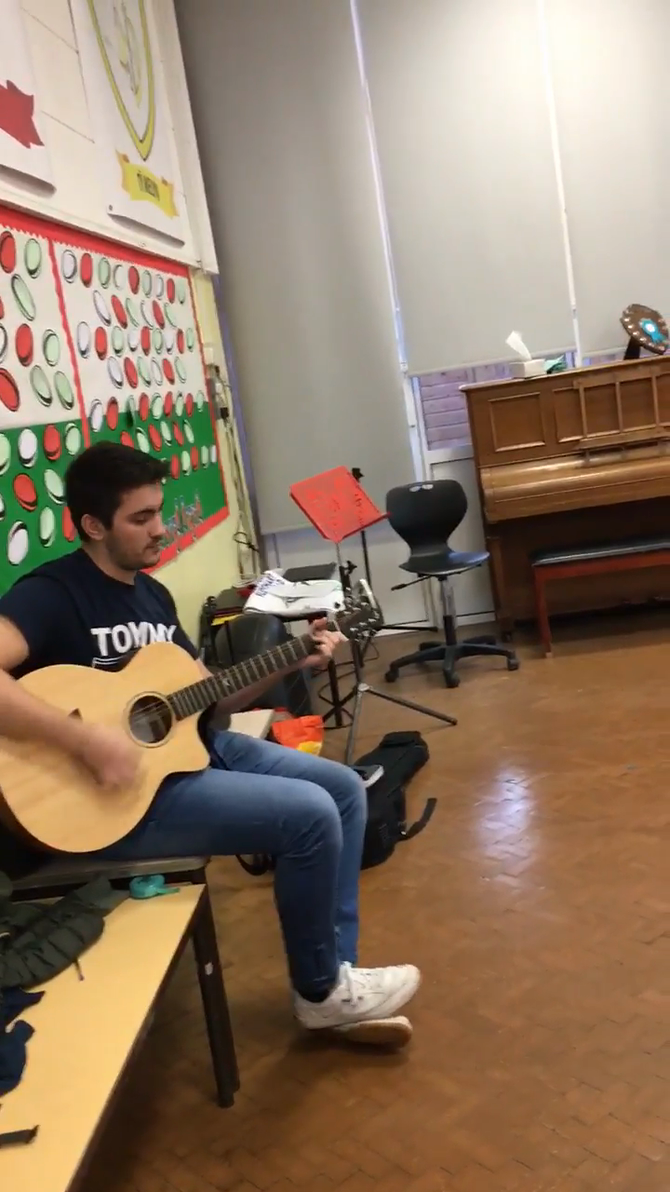 Due to a visit from Harry and Ben, the rockbandclub got to sing some modern pop songs that Mr Brain didn’t know... this is Dance Monkey ( apparently 😛) 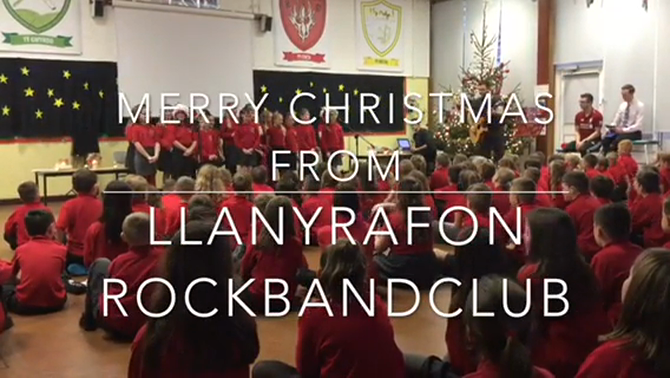 Its been a long time coming but its finally here...'I WANNA FLY HIGH' 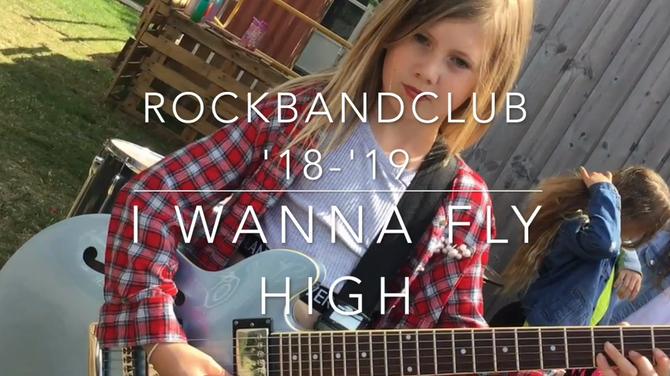 The 2018-19 RockBandClub track is here...written by the excellent Year4 RBC children. We decided on a 'live performance' style video this year and they also choriographed and performed it live to the rest of KS2 before the summer holidays.
Well done guys...Mr Brain

'SOME TEACHER' (The Mrs Clark song) 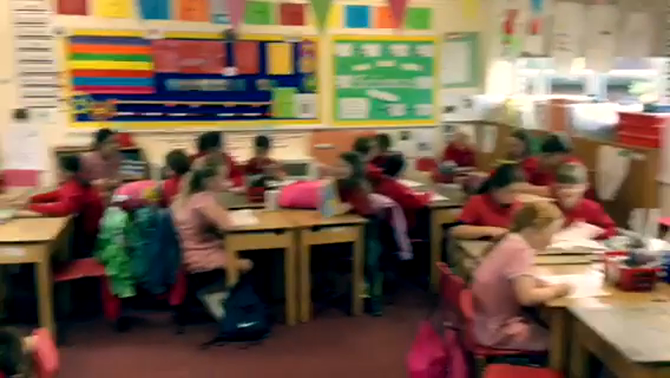 It was always going to be hard to beat last year’s song but the latest RockBandClub recruits have worked hard. The children learned about song writing and structure and were asked to try and write their own. So when Henry brought in his lyrics for ‘Some Teachers’, we knew we had another excellent song.
Backing track composed by Mr Brain with lead guitar by Harry Brain and bass by their band mate Lee.
Video idea came from the RockBandClub with help from Ben Brain and was filmed using Green Screen technology.

RockBandClub would like to say a big thanks to Ben and Harry Brain and Miss Barnes for all their help. The Teachers for starring in our video and above all the AWESOME Miss Clark!!!!

HOT FROM THE SET OF THE FORTHCOMING 'SOME TEACHERS' ROCK VIDEO

THIS IS OUR AWESOME NEW TRACK

'DONT STICK THE FIZZY ONES UP YOUR NOSE'

DONT STICK THE FIZZY ONES UP YOUR NOSE 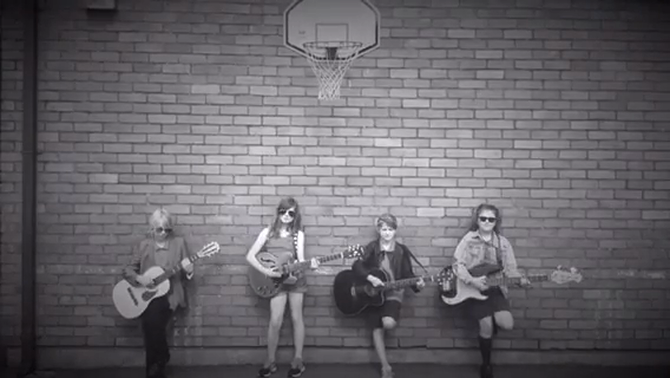 The children have worked very hard and have genuinely been amazing to work with and above all have fun with during our RockBandClub. Also a big thank you to Harry and Ben Brain for their help all year.

We are going to try and get our video viral......please share the link to this page so we get the traffic!

Thanks for your support and the awesome kids!! Mr Brain.....

Hot from the set of the RockBand music video.......

THE SONG THAT STARTED IT ALL

PLAYING ON THE GRASS

Playing On The Grass 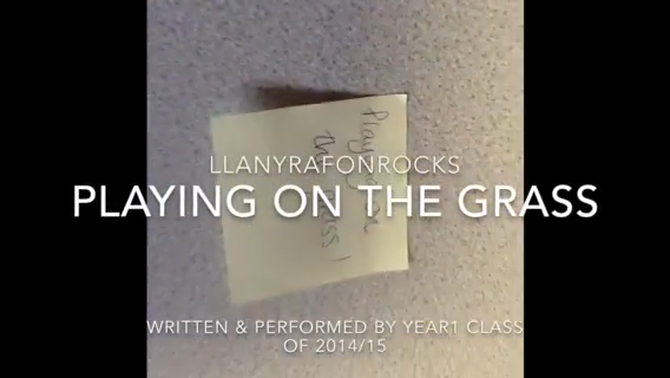 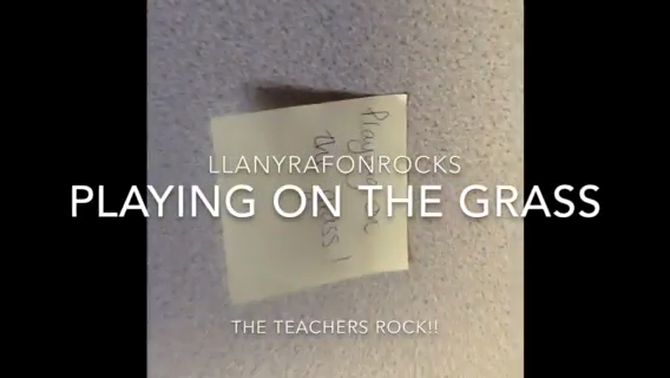 The children can't have all the fun....

Unfortunately not the ones with chocolate chips.

Some cookies are necessary in order to make this website function correctly. These are set by default and whilst you can block or delete them by changing your browser settings, some functionality such as being able to log in to the website will not work if you do this. The necessary cookies set on this website are as follows:

A 'sessionid' token is required for logging in to the website and we also use a 'crfstoken' token to prevent cross site request forgery.

Cookies that are not necessary to make the website work, but which enable additional functionality, can also be set. By default these cookies are disabled, but you can choose to enable them below: